His grandfather Nearchos Clerides is a well known writer and the brother of John Clerides , politician and father of the ex-President of the Republic  of Cyprus Glafkos Clerides.

Prof. Christos Clerides’ father served as a Minister of Justice in the Kyprianou Government 1983 – 1985 and then as a Member of Parliament in the  Nicosia District with the AKEL – New Forces Party.

He got his LL.B (Hons) from Brunel University, Uxbridge having been awarded the First Price for the best examination   performance in 1976.   In  his foreword to his First Published Book in 1976 “Some Unsolved Problems in attempts to commit a crime”, Professor George W. KEETON MA,  LL.D, F.B.A wrote for Prof. Clerides:

“His work is a notable achievement for a young lawyer at the outset of his professional career”.

In 1977 he got his LL.M specializing in Maritime Law, Carriage of Goods by Sea, Marine Insurance and General Insurance at the University of London, University College.  His performance made him eligible for scholarship.  In 1981 he was awarded his Ph.D. at King’s College, University of London, specializing in EEC Law.   For his Ph.D at King’s College he worked under the supervision of Professor A. Chloros later the Greek Judge of the European Court of Justice and Professor Francis Jacobs, later Advocate General of the European Court of Justice in Luxembourg.

His thesis, “Conflicts” of “Social Security Laws in the European Committees” was approved by an External Board of examiners, Professors K. Lipstein of Cambridge and Hartley of  The  London School of Economics in 1981.

He worked in England as part of his LL.B (Hons) “sandwich” course with CITY Solicitors, Barlow, Lyde and Gilbert, under the supervision of the late President of the Law Society, Sir Denis Marshall.

He did his compulsory military service and was called to the Cyprus   Bar in 1982 having passed relevant Bar Exams, First Grade.

He joined the firm of his father Phoebus Clerides and Co, in 1982, later in Partnership with N. Pirilides Advocate of Limassol.

He is a practicing Advocate and head of the Nicosia Offices since 1982.  He handled before the Supreme Court of Cyprus numerous cases amongst which as per the attached Appendix A.

He served as Honorary President and President of the Association.  He was Deputy Chairman of the New Horizons Party and  elected Member of House of Representatives of the Nicosia District 2001 – 2006 and Deputy elected in 2006 – 2011 with the European Party.

He was a member of the National Council, the highest authority advising the President of the Republic on the Cyprus problem up to December 2004

He also attended numerous meetings of the Mediterranean dialogue of the NATO Assembly.  He has written numerous studies and articles in Legal affairs magazines and in the local press as per Appendix C by way of indication.  He served as a member of the Family Law Reform Committee 1983 – 1986 the report of which was adopted in substance culminating in the amendment of the Cyprus Constitution and the introduction of the New Family Law in Cyprus, abolishing the exclusive jurisdiction of the Ecclesiastical   Court, in matters of divorce.

He has participated and organized numerous Human Rights conferences and meetings in Cyprus.

He is currently Head of the Law Department at the Frederick University where he also teaches as a Professor. Dr. Clerides has written four legal books until this day with titles “The Cypriot Issue Under International and European Law”, “The Cyprus Legal System”, “Legal Practice in Cyprus” and “The Law of Evidence”. He is currently writing his fifth book on Equity & Trusts in Cyprus, which is expected to be published in early 2021. Furthermore, he has been called to handle many court cases internationally as an expert and as a specialist of the Cyprus Legal System and its legislations. The most recent case was before the five-member Supreme Court in Oslo, Norway.

In 2020, he was interviewed by The Washington Times about the role of the legal firm in the Cyprus energy program and the EASTMED pipeline. "Multinational companies need guidance regarding the Cyprus legal framework that governs their work and in drafting their contracts with the Republic of Cyprus, and for this reason we are already collaborating with a law firm in New York," said Dr. Clerides.

Also in July 2020, he gave an interview to The Legal 500 Country Comparative Guides on Aviation law in Cyprus, the regulations and the legislation that governs it in comparison to other countries. Dr. Clerides is also considered an expert on Aviation Law and has represented many families of victims of the Helios Airways plane crash in 2005 who received compensation.

On October 2020, he was elected President of the Cyprus Bar Association.

He lives and works at his Chambers in Nicosia, Cyprus.

Business-focused legal analysis and insight in the most significant jurisdictions worldwide by THE LAW REVIEWS. Prof. Christos Clerides writes about Aviation Law in Cyprus. Air transport is the mai... 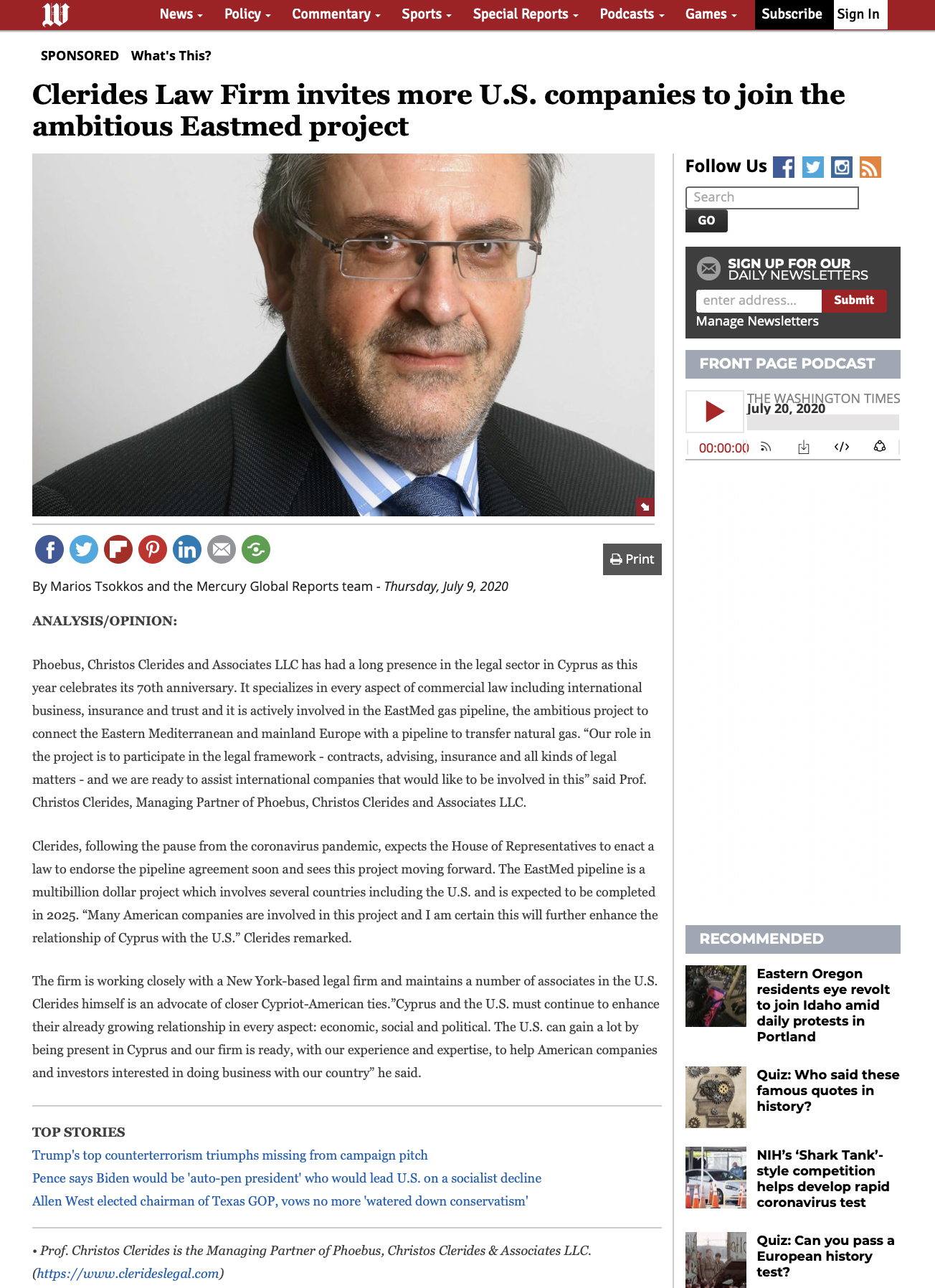 Clerides, following the pause from the coronavirus pandemic, expects the House of Representatives to enact a law to endorse the pipeline agreement soon and sees this project moving forward. The Eas... 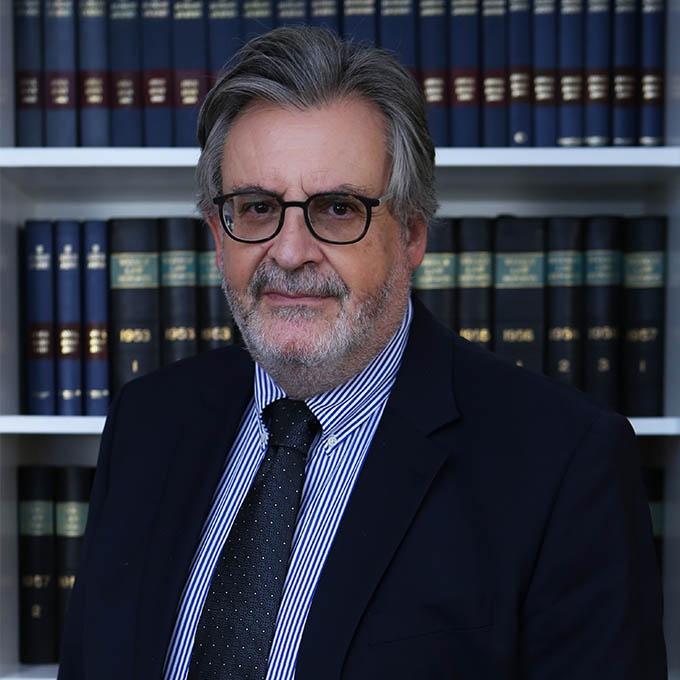